Began magic since his childhood and later studied directly from some
masters magicians. Tamariz was his mentor, and Juan had the good fortune to meet him and be in contact with him since when he was 14 years old. Today Juan is 41 years old, and is not just a direct student of Tamariz, he is also a good friend of him.

He is an original and creative magician, he is a member of the “Escuela Mágica de Madrid”(Magical School of Madrid), and he is an assistant at the prestigious “Jornadas catomágicas del Escorial” (Cardmagic Days of the Escorial).
He performs extraordinary magic with coins, knives and cards he has created new techniques of this form of art, developing some original routines that mark its creative magic.

He is also an extraordinary cartoonist, normally he just make magicians portraits.

He has four dvd in English:

“Con Denominacion” which means With guarantee of origin and is about coins.

“The Opongobox” it’s a work about a new coin box and was produced by Luis de Matos at the 33 Study.
“The Bound Deck” another production of the Essential Magic Collection, this time with one cards trick.
“Olé!” a pack of four dvd by Luis de Matos collection with close up, parlour and Stage magic.

He has also few plots on the market, like the “Blind Side Deck” with Card Shark “Phoenix”
“The Coin cups” a beautiful routine with cups and coins, handmade produced by Miguel Pizarro

Awards:
*National Champion of Cardmagic in Spain 2005/06
*Champion in Cardmagic in Portugal 2006
*Two times champion in Almussaffes Magic, 2005 and 2006.
*Páginas’s Prize 2012
Testimonials:
“He is very creative,he has an authentic and unique style. Like is Magic, authentic and genuine, a real marvel. Thank you Juanlu for what you are doing”. JUAN TAMARIZ
“His Magic is absolutely brilliant”. WILLIAM KALUSH
“I am very excited wich “Juanlu” Rubiales and his new DVD. He is a great Magician”. ERIC MEAD 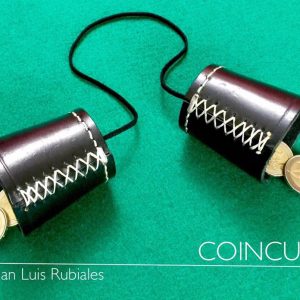 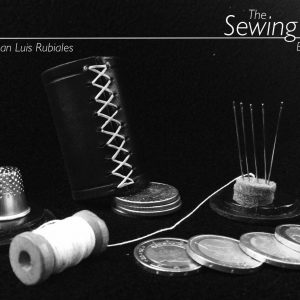